The Fairytale of Dr Mz​

In 1997, the dream became reality. The name that was chosen by the young people Dr Mz. It commemorates the late Dr. Margaret Evans, a local G.P. and Councillor, whose vision, enthusiasm and selfless efforts inspired the project,

In 1997 over 100 people aged 11-25 in Carmarthen came through the doors. They met, they drank coffee, they went ice skating, they took part in the Christmas Carnival, they got support from staff, they cooked a Christmas dinner, they volunteered, they raised money, they became better members of society and they had fun!

While doing all this they have learned to be better friends, better team players, more skilled in speaking and listening, better members of the community, meeting people in high places and talking to them as equals and helping others.

I have had the privilege to meet these young people as I was there in 1997 too and I have seen many of them grow into responsible and lovely adults who say “Hi” to me in the street and come back from time to time to see us all. Some went to the army, some became parents, some went to university and others got jobs and came back to work for us. I hope that all of you who read this and who were a part of it are happy and enjoyed the Dr. M’z experience. I have. The end. 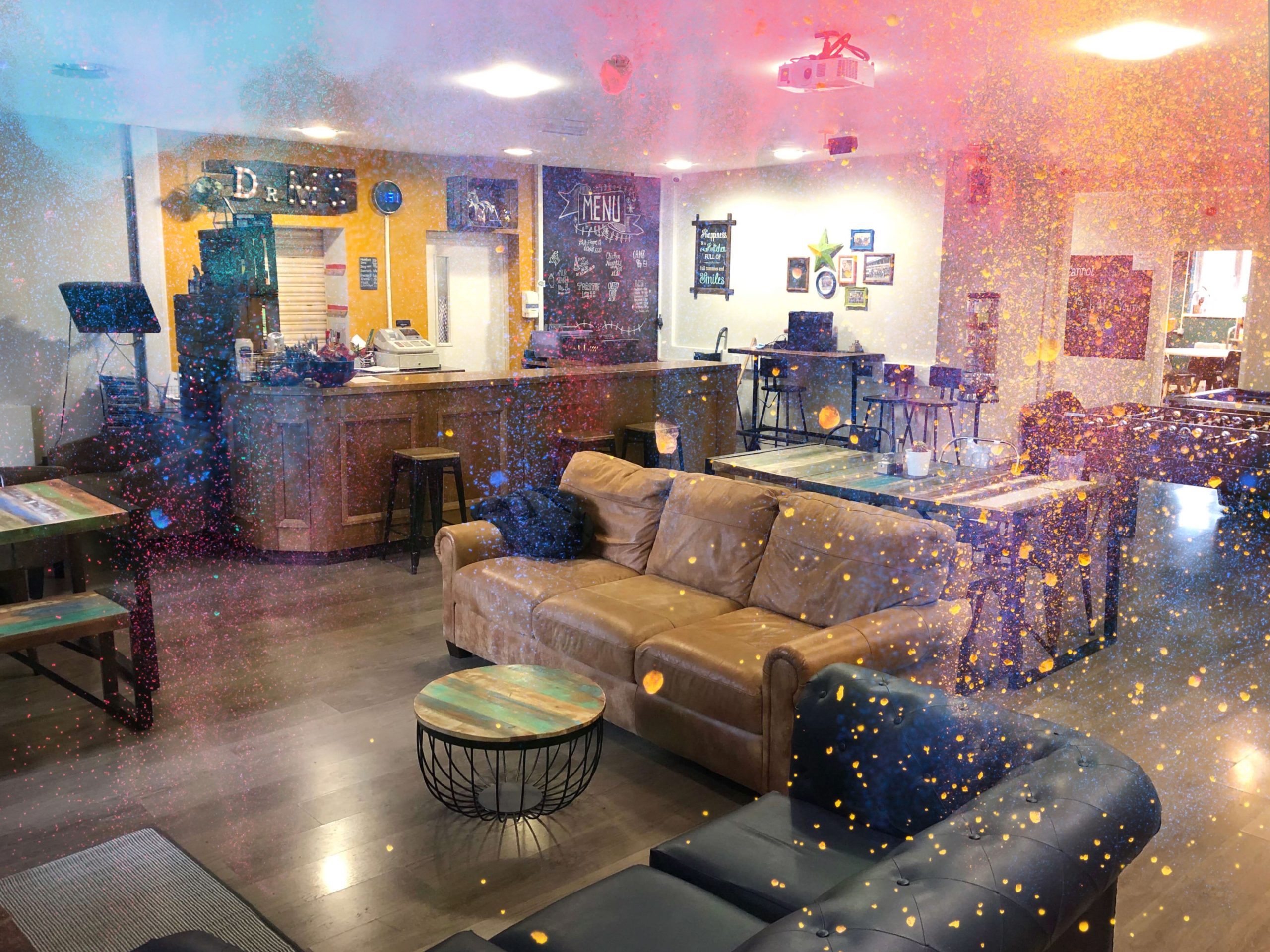 Found this little Monkey watching over Dr.Mz for u

World Walking Challenge No:3! We have set a tough

Today’s Lego Challenge was a fun activity this m

Last night we played Tee K.O. on Jackbox.tv and th

Transitonz missed out on their Christmas party due

Last night we decorated small plant pots and then

Tonight we were escaping a digital escape room cal

A BIG HUGE THANK YOU to our Honorary President, Co

Tonight zoom session we made cake in a mug, act it

A big thank you to the staff, volunteers and Trust

Calling all @coopuk members! Please support us by

We are back this Saturday!! 🤸‍♀️ Let us